Emotional Intelligence in the Workplace: What You Should Know 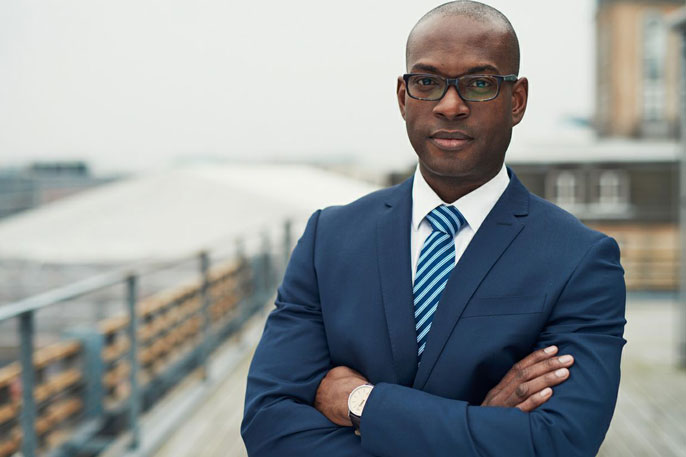 Emotional intelligence in the workplace is one of the most critical leadership skills, as it helps workers understand and regulate their own emotions when around their coworkers. The workplace can be a volatile environment, filled with stress, pressure, anxiety, and even drama from time to time. It can also be a place of happiness, contentment, and excitement. All of these facets can play a role in how someone feels at any given moment, and managing those feelings indicates their level of emotional intelligence (EI).

Emotional intelligence in the workplace contributes to how people handle their professional relationships. An office filled with even one person with low EI management may suffer from an increase in workplace conflict, decreased performance, and high turnover. On the other hand, teams with highly emotionally intelligent people will perform better, have increased job satisfaction, and experience better employee retention rates.

If leadership at companies are only just beginning to get on board with the idea of emotional intelligence in the workplace, that should come as no surprise. Emotional intelligence is a relatively new concept that organizations are only starting to keep in mind when managing their workplaces. Peter Salovey and John Mayer, two professors in the United States, got the ball rolling on the concept back in 1990. They found, through their research, that some people were much better at identifying what other people felt and were able to solve problems dealing with these emotions.

Emotional intelligence eventually gained widespread recognition in 1995 thanks to the publication of Daniel Goleman’s Emotional Intelligence. Goleman wrote his book partly based on Salovey and Mayer’s research. It went on to become an international bestseller, and it wasn’t long before businesses wanted to adopt the ideas and apply them to their workplaces.

Why is Emotional Intelligence Important?

The old way of thinking emphasized a person’s IQ or intellectual quotient. If someone had a high IQ, that meant they were highly employable. That idea has transformed in recent years as more organizations realize it takes more than a high IQ for someone to be an excellent worker. Yes, organizations still want to hire smart people, but even more critical is an employee that knows how to navigate the office environment with all its ups and downs. In this sense, emotional intelligence (sometimes referred to as EI or EQ) may play a more critical factor in success than IQ.

From these stats and many more, it’s no wonder companies have taken a keen interest in hiring people who demonstrate high emotional intelligence. They want to see their teams perform better and handle conflicts in a mature manner. As more organizations understand why emotional intelligence matters, it has become increasingly important for people to develop characteristics of someone with a high EQ score.

Someone with Low Emotional Intelligence

Gary works in marketing for a major agency. While his work is commendable, people in the workplace tend to avoid him. He does most of his work alone and does not want to be part of a team, saying that he prefers it that way. He can communicate with others, but much of his communication, verbally and through email, is done in either an aggressive or passive manner. When people share opinions with him, he usually dismisses them outright or he is very critical. Most worrying is that whenever something goes wrong, he refuses to take responsibility for it. He often makes himself out to be the victim and insists others are at fault.

Someone with High Emotional Intelligence

Christine heads up the sales department for a growing SaaS company, and everyone loves working for and with her. She knows how to solve problems and always promotes an atmosphere of positivity in the workplace. Christine encounters pressure-packed situations all the time but manages to stay calm and collected no matter how much stress she experiences. She knows how to handle difficult situations. Christine empathizes with her coworkers, understanding what they’re feeling. As a result, she has gained a reputation for resolving conflicts. She also listens carefully to criticisms and responds constructively, always seeking ways to improve upon her already excellent work.

Elements of Emotional Intelligence in the Workplace

Daniel Goleman, back when he first popularized emotional intelligence, broke the concept down into four elements: self-awareness, self-regulation, empathy, and social skill. Further research has expanded on this idea, with some experts including motivation as an additional element. These separate elements all work in tandem to promote high emotional intelligence in the workplace.

The element of self-awareness involves the ability to recognize one’s feelings and emotions. People with high self-awareness pay close attention to how they’re feeling at any given moment. They understand that their emotions have a close impact on how they respond to certain situations. They know that making a sudden decision during a highly emotional moment might lead to negative consequences down the road. Self-awareness also involves noting what a person’s particular strengths and weaknesses are. Perhaps someone knows they struggle to communicate with others, which makes them aware of what needs to change.

How to Improve Self-Awareness in the Workplace

How to Improve Self-Regulation in the Workplace

Those who demonstrate emotional intelligence in the workplace show a high degree of empathy. Becoming empathetic means being able to see what other people are going through. That means understanding how they feel. This becomes especially important when making business decisions that affect people in vastly different ways. Empathizing with others also involves reading verbal and nonverbal cues from coworkers as they may not always directly state how they’re feeling.

How to Improve Empathy in the Workplace

The motivation element involves what drives a person. There are many sources of motivation such as wealth, fame, and power, but for people with high emotional intelligence, simply doing a good job is enough for them to get up every morning. Their motivation comes from enjoying what they do. They follow their passions and love reaching goals they set for themselves. In other words, their motivation is intrinsic rather than extrinsic.

How to Improve Motivation in the Workplace

Those who want to work on having high emotional intelligence should concentrate on improving social skills. This element involves knowing how to react in social situations. If the moment calls for words of encouragement, you give them. If there’s a situation where listening would matter more, you take a moment to listen. People with great social skills say the right things at the right time. They communicate their ideas so others can understand them.

How to Improve Social Skills in the Workplace

The Benefits of Emotional Intelligence at Work

Nearly every aspect of business operations feels the impact of emotional intelligence. Take communication as one example. A workplace that experiences low emotional intelligence will quickly find communication difficult. People won’t trust each other to understand what they say or how they’re feeling. As a result, workers tend to retreat into silos, communicating with others only when necessary. This is out of fear of getting hurt in some way.

On the other hand, employees with workplaces that value high emotional intelligence benefit from great communication. Workers constantly exchange ideas and don’t suffer from misunderstandings or inappropriate remarks. The benefits extend beyond communication, though, and include better decision making and improved performance.

For companies experiencing problems rooted in low emotional intelligence, training could be the answer. This might be done through more informal means, such as through a mentor relationship. Mentors can guide workers, helping them know where they might be struggling. They also teach team members how to manage their EI and help them understand the overall importance of it.

Training for emotional intelligence can also happen through workshops put on by the organization. Through these workshops, employees can learn how to recognize their emotions, navigate tough situations, communicate as professionals, improve sensitivity, and deal with emotional stress. Whatever choices companies make, training should be ongoing, with regular checkups to make sure everyone is on the same page.

Emotional Intelligence is for Everyone

If even one person at work has low emotional intelligence, it affects everyone. Emotional intelligence should come from every position within a company. For this reason, managers, entry-level workers, executives, department heads, HR representatives, and more should work on improving their emotional intelligence. As workplace diversity increases, this needs to be a team effort or conflicts and misunderstandings will crop up. With a high emotional intelligence workplace, people can work in a positive work environment where everyone cares about each other’s success and happiness. That makes professional life better for everybody.

We use cookies on our website to give you the most relevant experience by remembering your preferences and repeat visits. By clicking “Accept All”, you consent to the use of ALL the cookies. However, you may visit "Cookie Settings" to provide a controlled consent.
Cookie SettingsAccept All
Manage consent

This website uses cookies to improve your experience while you navigate through the website. Out of these, the cookies that are categorized as necessary are stored on your browser as they are essential for the working of basic functionalities of the website. We also use third-party cookies that help us analyze and understand how you use this website. These cookies will be stored in your browser only with your consent. You also have the option to opt-out of these cookies. But opting out of some of these cookies may affect your browsing experience.
Necessary Always Enabled
Necessary cookies are absolutely essential for the website to function properly. These cookies ensure basic functionalities and security features of the website, anonymously.
Functional
Functional cookies help to perform certain functionalities like sharing the content of the website on social media platforms, collect feedbacks, and other third-party features.
Performance
Performance cookies are used to understand and analyze the key performance indexes of the website which helps in delivering a better user experience for the visitors.
Analytics
Analytical cookies are used to understand how visitors interact with the website. These cookies help provide information on metrics the number of visitors, bounce rate, traffic source, etc.
Advertisement
Advertisement cookies are used to provide visitors with relevant ads and marketing campaigns. These cookies track visitors across websites and collect information to provide customized ads.
Others
Other uncategorized cookies are those that are being analyzed and have not been classified into a category as yet.
SAVE & ACCEPT

Open chat
1
What solution would you want for your organization?